About Us – Bikers Against Drunk Drivers

BADD was established after 2 tragic accidents occurred to the Perkins family in just a few years.

Oct 25th 1973 Kim was out with some friends on a ride in the country when a Mack truck hit him head on while negotiating a tight curve on a winding road up north from Montreal. Although they did their best getting him to the hospital, he died a few days later from extreme internal injuries. The truck driver was drunk.

Five years later in the spring of 1978, Danny Perkins had just finished rebuilding his 1970 BSA 650 lightning all winter chroming every part that could come off and spending every cent and minute he had on the bike.While hitting 4th gear heading on a narrow road in the suburbs a drunk taxi driver swerved over and hit Danny head on at about 60 miles an hour. 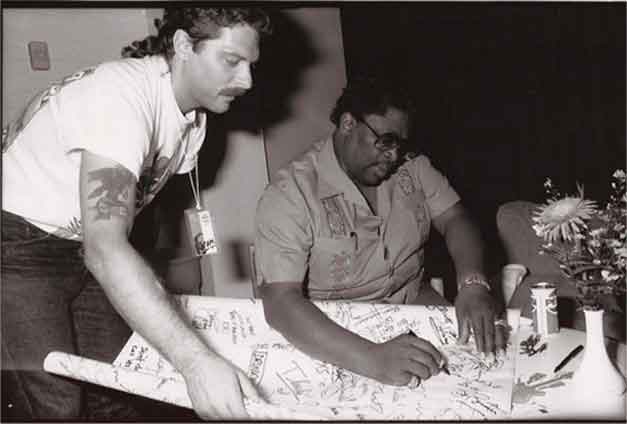 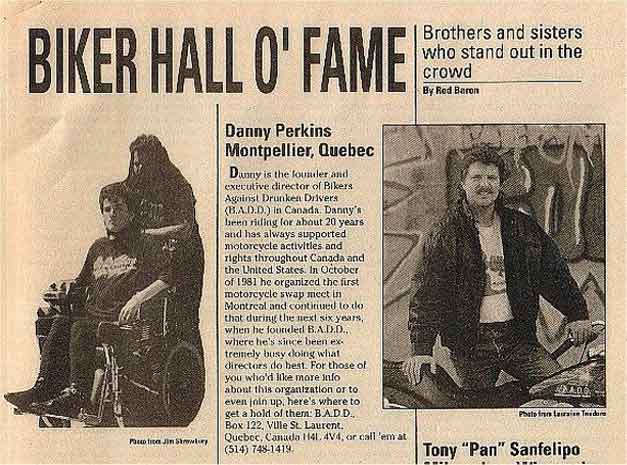 After several months of recovery Danny decided to do something about it and promised himself he would start an organization that could get the word out and maybe prevent this happening to others.

BADD was founded in the Spring of 1985 with a specific goal of raising awareness about the dangers of drunk driving. We are exposed to over 200 Million people a year.